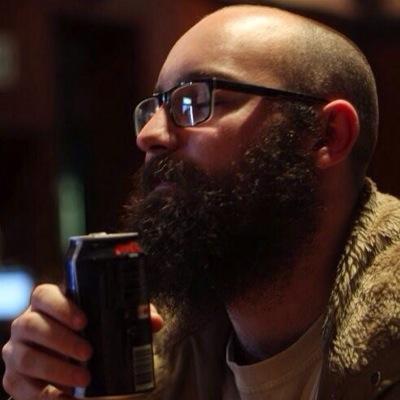 What can I do?

I’m pretty good at writing code and designing systems. I work primarily with Go and JavaScript, but will happily pick up other languages as I go. I’m also very comfortable handling deployment and operational duties. Either of these can range from the very strange (AVR assembly, custom linux builds), to the very normal (CRUD web apps, Amazon Web Services).

I’m most comfortable working remotely, but I’m always happy to talk about working onsite in Melbourne, or travelling when necessary.

What do people say about me?

Conrad is an exceptional talent that would be of major benefit to any organisation. I have worked with only a few people with such an incredible ability to develop large complex systems in a sensible, methodical and reliable manner. Conrad, is not only an excellent developer, but an extremely patient and attentive team member, always willing to lend a hand to help colleagues. I would gladly recommend him for any role which requires diligence, consideration and precision. He has been a pleasure to work with, and I can only hope that I have the privilege to do so again in the future.

I had the good luck of meeting Conrad at a technical meetup in 2014. My company was in the early phase of developing of our core server technology; a complex task management system for hospitals. Conrad was initially invited to provide code review but he soon took the leadership of building our entire server and its infrastructure. He did work that would have normally taken an entire team and produced code of outstanding quality and on time. This is a rare combination of skills that I have seen very rarely in my 30 years in the software industry. I highly recommend Conrad.

What can I show you?

If you want to take a quick peek, my “greatest hits” are probably:

What have I done?

So far in 2019 I’ve continued my work with Moving Data for Telstra.

For most of 2018 I worked for Moving Data building out a production system for Telstra based on the experiments and concepts from the previous year. Big focuses have been automation and operator cooperation, process management, and documentation.

Starting in mid 2017, I’ve been working with Fagersta Steels (https://fagersta.com.au), helping to port their internal sales and business process tools from Microsoft Access to a web-based system. Some highlights have been learning about the ZPL printing system, and optimising Microsoft SQL Server queries.

In mid to late 2017, I worked with Moving Data (https://movingdata.com/) to build several proof of concept onboarding and ordering services for Telstra. These involved reverse engineering internal APIs and building the software, for which I used JavaScript and Go.

In early 2017, I worked with a US-based company providing consumer packaged goods pricing insights to supermarket and retail chains. My duties included building several scaleable web scrapers, a scheduling and reporting system to automate them, and the ETL (extract/transform/load) pipeline to get all the data into one format. Most of this has been implemented in Go.

Also in early 2017, I worked with an Australian company on a novel identity system with a basis in strong cryptography. Despite being retained for my understanding of the underlying cryptographic material, I’ve also been able to draw on my experience with identity systems inside telecommunication companies to help streamline some of the actual product features. I’ve also built several backend services in Go, and wrote a prototype mobile application for Android and iOS using React Native.

In early 2017 I worked with Telstra, automating a desktop application so it could be used in an API workflow. This involved simulating a real user at a desktop, as the internal system was Windows-only and used a custom drawing engine, rendering it nearly impossible to inspect. I used computer vision and low-level Windows event hooking to complete the project. This was implemented in Go and C++.

In 2016, I worked with a US-based company building a grocery price comparison prototype. I built the customer facing application using React and Redux for the frontend, and Go for the backend. I implemented an innovative human-aided product matching system to drive the backend database. I also took care of the deployment and operations.

Also in 2016, I worked with an Australian government organisation on a project to help educate the public on keeping their personal information safe online. This involved mobile application development for iOS and Android using React and Redux with PhoneGap, backend development using Go, deployment/operations, and product research.

From 2015 to early 2017, I worked with Easil (https://about.easil.com/) on an online vector graphics editor. This involved a lot of React, Redux, tooling, and periphery tasks. My main focus was on React testing and React performance. I also handled operational tasks, migrating several services from DigitalOcean to Amazon Web Services, specifically to take advantage of more comprehensive automation.

From 2014 to 2016, I worked with Nimblic on a communication product for the medical industry called Medtasker (http://www.medtasker.com/). I wrote nearly all of the backend code (using Go) and took care of most of the operational duties at that time. I became familiar with several medical standards, including HL7 and FHIR.

In 2014, I helped a Sydney-based company by significantly improving their node.js application performance. Their product was buckling under load, causing them to miss out on hundreds of thousands of dollars’ worth of business at peak times. This involved refactoring on both the node.js backend and the backbone-based frontend. In two days, the system was stable enough to survive peak periods. In a month, there was no noticable slowdown at all.

From 2014 through to the end of 2015, I was working at Bugherd (https://bugherd.com/), where I contributed to three products: Brief, Stack, and Bugherd. For Brief, I wrote the backend in Go, and built a (JavaScript) GraphQL/Redux based data layer for the client part of Stack, among other client-side architectural improvements.

From 2011 through to 2014, I worked at Moving Data. There, I built systems dealing with machine-to-machine (IoT) data collection and analysis. This involved writing code, reverse engineering, product development, deployment and operations, and support. Here, I used node.js, C (with libuv), and Go.

From 2009 through to 2011, I was self-employed. I built a specialised system for storing and retrieving personal contact details, which I supported while travelling in Japan. This system was built in PHP, which I’m no longer up to date with.

This is the end of my story. If you’d like me to be involved in your story, why not send me an email at deoxxa@fknsrs.biz or give me a call on +61 417 798 756? I’m always happy to talk about new opportunities, and if you’ve got a problem that needs solving, I might just be the person for you. 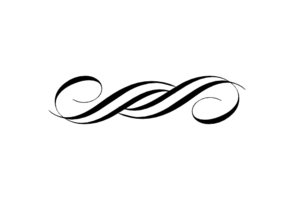